After you have clicked at Create new approval workflow, this would show up:

If an employee's claims can be approved by either of the approvers and there is no need for hierarchy of first, second level or more, this is how you set it up: 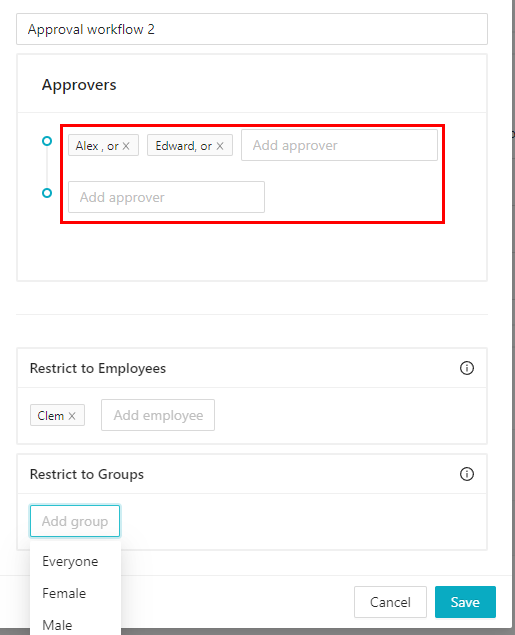 You can set more than 2 approvers.